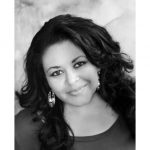 With more than 30 years invested in her passion, Marcia Ware Wilder’s Journey began in the Midwest; serving in her local church in Ohio as a teen, and as a young adult studying Music Industry at Anderson University in Indiana. Arriving in Nashville in the fall of 1995, she eagerly divided her time between studio singing and worship arts at her local church, and ministering on the radio for WAY Media Network as an award-winning on-air personality. She has served on worship teams for renowned speaker Beth Moore and Dr. Ralph Bell, associate minister of evangelism for the Billy Graham Evangelistic Association, and Heritage Keepers based in Wichita, KS.

Her interests not only include the Gospel and Contemporary Christian music of her youth, but she has ventured into the world of Motown as a featured vocalist with the Funk Brothers; the assembly of musicians hired by Berry Gordy to play on the label’s iconic string of hits in the 50’s, 60’s and 70’s.
Marcia has also explored the world of Country music, providing background vocals for legendary Country Artist Lorrie Morgan from 2006-2016. She has been blessed to work with an exciting array of musicians from Bill and Gloria Gaither, Sandy Patti, Jonathan Hildreth, Travis Cottrell, Phillips, Craig and Dean, Hall and Oates, Mary Wilson of the Supremes, Pam Tillis, Peter Frampton and Chaka Khan, among others.

In November 2018, she returns to the Issac Stern stage at Carnegie Hall for the 8th time for Celebration Concert Tours’ annual Christmas in New York as a featured vocalist joined by a 300-plus choir of churches from across the United States.

Currently residing in Franklin, TN, Marcia is settling in to married life with her new husband David, and prepares to work on an album of songs influenced by her Motown and Music City education.